There now is no water in the riverbed, not even any putrid little pools. Crops have dried up, and opportunities for even paltry incomes are drying up with them.

This is the situation that Water for Life, a project of the Kenyan Children’s Fund, was created to avoid. And now that the African drought has deepened, the time to complete the tap system and bring water to the people of Masii is running out.

“Water Missions International has drilled the well, and we now need $20,000 to reach our original fund-raising goal so we can complete the tap system and educate people in Masii to maintain it so it will remain operational for future generations,” says Dr. John Helgesen, the Immanuel member who helped found the Kenyan Children’s Fund and chairs its steering committee. Other steering committee members are Jimmi Kimuyu, Peggy Dollard, Janie Fee, Michael Hamlin, Mary Jo Moore and Linda Fewell.

In response to dire conditions created by the worsening drought, Water Missions International also has installed one temporary tap. But that solution is not designed to last.

“Please make a donation today to help us push the Water for Life project to its permanent conclusion, which will provide clean water to people who need it so desperately,” says John.

“We are deeply grateful to all of the individuals, congregations and organizations who have donated so generously in the past and to those who will respond now,” says John. “The people of Masii lift up prayers of thanks for you every day.”

We struck fresh water in Masii!

Next step: Installing a tap system to deliver it

Thanks to generous support of the Kenyan Children’s Fund Water for Life project, the drilling team from Water Missions International has struck fresh water in Masii, Kenya!

The well will yield 2,000-5,000 liters of potable water per hour. Importantly, the water will boost the health and wellbeing of more than than 7,000 poor people by helping to eradicate water-borne diseases –- which kill one child every 20 seconds in the world today –- and by allowing the children to attend school rather than spend their days carrying tainted water from a riverbed 6 kilometers away or from earth dams that dry up during prolonged drought periods.

But the life-changing water is not yet available to the people of Masii. Water for Life still needs to raise $38,000 — the final piece of the $90,000 total project cost — to fund installation of the tap system that will deliver the water to the community, and to train local residents to maintain and, if necessary, repair the system.

Please consider a donation to help bring the Water for Life project to its happy conclusion. Click here to donate directly to Water for Life through Water Missions International. It’s easy and 100 percent tax deductible.

You also can support Water for Life by choosing a beautiful purse handmade by Masii artisans. They make thoughtful gifts and are available for a requested donation of $65 each. Contact Janie for more information or to make a purchase. 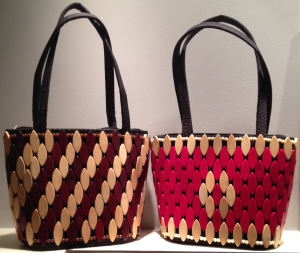 KCF also is happy to provide easy-to-implement instructions and materials for hosting a Water for Life Day to help raise awareness within a local congregation or organization. Contact Linda to request a free copy of the packet.

Contact John to make arrangements for a member of the KCF team to speak to your group about the project and how others can help.

Your caring and sharing will bring the love of Christ and a better future to children who need it desperately.

Children and families in the Masii region of Kenya who are striving to emerge from poverty lift up songs and prayers of blessing for the generosity that continues to change their lives for the better.

Through the Kenyan Children’s Fund, people like you are helping to provide 45 poverty-stricken children with food, clothing, shelter and health care. Donations go to the Kimuyu and Dr. John Foundation, which directly assists needy Kenyan children and pays the very modest $75 per-month salary for a social worker who regularly checks on each child, and provides the KCF committees in Kenya and the U.S with assessments and progress reports. Those reports allow the committees to re-direct existing funding, as needed, thus ensuring that each child’s most urgent needs are addressed.

Thank you for sharing Christ’s love and your generosity around the globe. 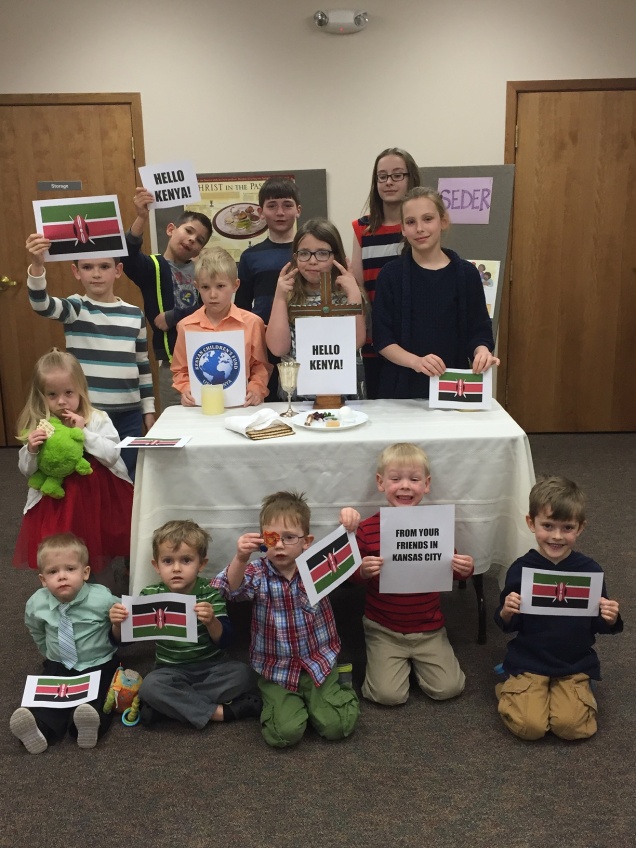 Sunday School children at Immanuel Lutheran Church in Kansas City, Missouri, are sponsoring “Change for Children in Kenya” effort that encourages people to donate their spare change to the effort. To date, the pennies, nickels and dimes have added up to almost $2,000 of much-needed support.)

Support will tap springs of hope and water for Kenyan children

Water for Life, a ministry of the Kenyan Children’s Fund (KCF) – the global mission through which faithful donors help feed, cloth and educate orphans in Kenya’s Masii region – is benefitting from energetic volunteers and donors.

To date, about $30,000 has been raised to pay for a community borehole and tap system that will bring clean water to more than 7,000 poor people in Masii.

“Water literally is life and providing a sustainable source of potable water to the area is crucial,” says Dr. John Helgesen, Immanuel member, KCF co-founder and leader of the Water for Life project. “It would eradicate water-borne diseases in the area – diseases that sicken adults and kill one child every 20 seconds in the world today. Plus, it would allow the children to attend school rather than spend their days walking miles to fetch water that is tainted or sometimes, during period of prolonged drought, only to discover that there is no water at all.”

A hydrogeological survey conducted in partnership with Water Missions International confirmed that a suitable borehole exists in the Masii area that would yield 2,000-5,000 liters of quality water per hour. 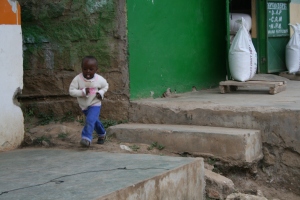 People in the Masii region of Kenya are desperate for clean water.

That’s why the Kenyan Children’s Fund (KCF) has launched the Kenyan Water Project. The goal is to raise $90,000 to pay for a community borehole and tap system that would bring clean water to more than 7,000 poor people in the Masii region, which is home to children who are supported by donations to the KCF.

The water project and its costs will be in addition to the ongoing costs of supporting the health, nutrition and education of children in the region.

“Providing a sustainable source of potable water to the area would eradicate water-borne diseases, which sicken adults and kill one child every 20 seconds in the world today. Plus, it would allow the children to attend school rather than spend their days walking miles to fetch water that is tainted,” says Dr. John Helgesen, project leader and co-founder of the KCF.

“We are committed to the project, and are confident that we can rely on the goodness of God and the justice in the hearts of the people of God to bring it to fruition,” he adds. 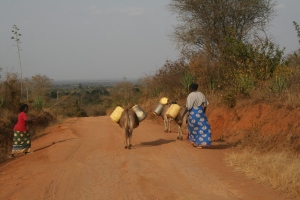 In partnership with the KCF, Water Missions International already has completed a hydrogeological survey report and geophysical site investigations for the borehole and taps. Those studies, which were funded by a special $2,000 donation to the KCF:

Based on those findings, and on their desperate need for clean water, community members in the Mamiloki village of Masii have agreed to allow a borehole to be drilled in any area in which quality water could be found.

“The $90,000 budget includes assessment, project design and approval, construction and installation, community education, and monitoring and evaluation,” John explains. “But the project is priceless to our brothers and sisters in Masii.”

They discussed current and future needs, and met with children and families who are served by the fund.

“We were greeted with amazing hospitality and saw firsthand that our contributions are used efficiently among people who are desperately in need,” says Janie Fee.

“We also saw that the people of Masii have many challenges, including poverty, and lack of education, manpower, medical facilities and water,” adds John Helgesen. “These circumstances have made many people unable to take care of their families. The importance of our work in partnership with these people became crystal clear.”

Mr. Joshua Ngewa, who chairs the committee in Masii, extends his gratitude: “Thank you for the support you are extending to our children. We all together say GOD BLESS YOU.

The July 2014 mission trip to Masii – during which John Helgesen, Janie Fee and David Walgren met the children served by KCF – revealed issues and opportunities. Here’s a review of how the KCF committee is responding: